Hi everybody,  We are currently closed but hope to be back up and dishing up delicious food and country hits soon for ya'll.

For the free memorial weekend show we are sorry but we have filled all the available seats. If you were able to RSVP we look forward to seeing you this weekend. If you missed out please check back for other possible events.

Join Ebenezer’s Barn & Grill and The Bryce Canyon Wranglers for an unforgettable evening of live country music and delicious BBQ dinner.
Open on April 20th!
We will run through October 24th, 2021.

Closed for the season, check back later for 2022 dates.

Ebenezer's Barn & Grill and the Bryce Canyon Wranglers had a fantastic 2021 season and want to thank all of our guests for visiting this year. Thank you, to all of our sponsors and staff for making 2021 great.
We are looking forward to 2022.

Closed for the season. Check back later for 2022 dates.

Since their debut in 2018, the Bryce Canyon Wranglers have already reached the top country charts. Their album “A Song Like Me” reached the highest-charting country album on the new artist chart at No. 15 on the Billboard Country Album Sales Chart. Another hit is their popular and comical song, “Helluva Place to Lose a Cow.” Ebenezer Bryce, who Bryce Canyon National Park is named after, is recorded to have stated that, “Bryce Canyon was one hell of a place to lose a cow.” To commemorate this story the Bryce Canyon Wranglers knew they needed to write a song about it. 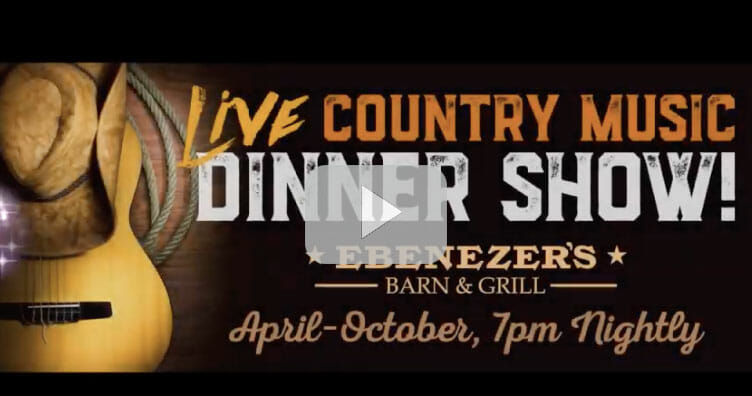 Located Across from Ruby's Inn

Buffet and Music times can vary slightly depending on anticipated attendance for the evening.

"The entertainment was great! We didn't want the evening to end."

"Great food great staff great atmosphere we will be back again."

Online reservations are temporarily unavailable. Please call us to make your reservation.